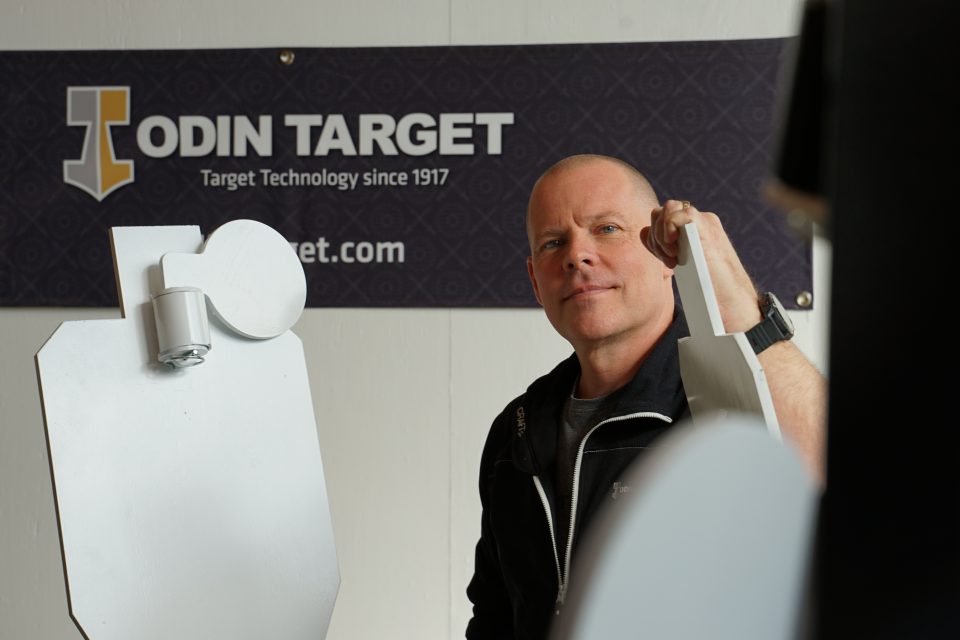 After a long career in law enforcement, and as shooting range manager at the Police Academy, Magnus Kurki is now taking on the role as Head Operations Manager at Odin Target.

Magnus Kurki worked in law enforcement for 33 years before joining Odin Target. First as a patrol officer, then as a dog handler at the K-9 unit. At the same time, he worked as an instructor in weapons tactics and first aid. Since 2018, he has worked full time at the Police Academy in Stockholm as a weapons instructor and for the past two years he has been the shooting range manager at the academy. In May 2022 he started his new position at Odin Target as Head Operations Manager. He will also be in charge of the new demo shooting range that Odin Target will build in its new head office in Järfälla.

– It feels great to be able to come here and work with a shooting range system that I truly believe in. This means that I can continue to work with something that I am passionate about and have been involved in for so many years. It’s also very inspiring to be involved in helping the company grow, says Magnus Kurki.

You have several years of experience as a weapons instructor and have spent countless days in different shooting ranges. Is there any aspect that does not get enough attention?

Your title is Head Operations Manager, what does this entail for the day to day operations and when will the clients get to meet you?

– I will lead our operations from the head office in Stockholm. That means both bringing in new projects, being responsible for quotes and everything that has to do with it. At the same time, I will help our constructors and make sure that they get where they need to be and have the support that they require. Finally, I will also get my hands dirty from time to time at the shooting ranges. We have a policy that everyone should be able to pitch in anywhere in the business. It’s a policy that suits me because I don’t want to sit behind a desk all day, says Magnus Kurki.

What are you most looking forward to?

– Right now, everything feels stimulating because I am new to the company, but in the long run it’s exciting to know that I will oversee our new demo facility and make sure it is in top condition. We are going to install all the technology we have to offer in this demo range so it will be a shooting range out of the ordinary, says Magnus Kurki.